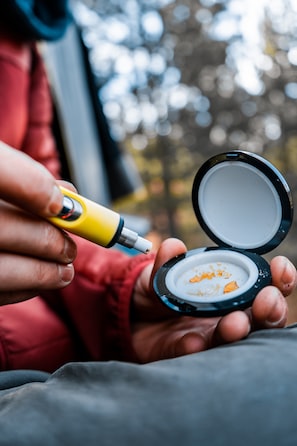 Serious concerns have been raised regarding the safety of electronic cigarettes, which have gained popularity in recent years, after reports of people having seizures after vaping.

After receiving 35 adverse event reports concerning e-cigarette users who had seizures after vaping, using brands like JUUL, a popular brand among teenagers and young people, the U.S. Food and Drug Administration is now conducting an inquiry.

When someone vapes, they breathe in the vapor of a liquid containing nicotine and other chemicals and flavorings. An electronic cigarette, often known as a “vape pen,” is used to heat this liquid, producing an inhalable vapor.

Electronic cigarette producers like JUUL assert that because they don’t generate tar, their products are safer than traditional cigarettes. They further assert that “vaping” can aid tobacco users in quitting their habit. An increasing amount of research, however, demonstrates that “vaping” might be in some ways equally as dangerous as smoking. For example, having seizures after vaping.

Many users of these products might not even be conscious of their nicotine inhalation. Around two-thirds of Juul users between the ages of 15 and 24 didn’t know that vape pens always include nicotine rather than just flavorless vapor, according to the Centers for Disease Control.

Many vape pen businesses may be enticing teenagers and children to use their products by advertising fruity flavors. Teenage nicotine consumption has been declining for years prior to the vape pen and e-cigarette industries’ meteoric rise to fame. Teenage nicotine usage has now soared.

Many varieties of e-cigarettes and vape pens were taken off the U.S. market in January 2019 to combat teen e-cigarette use. The prohibition on fruit, dessert, and mint flavors of e-cigarettes and vape pods was announced by the Trump Administration on January 2. According to some studies, these tastes may be particularly popular among young people and e-cigarette smokers under the age of 18. Only menthol and tobacco-flavored products will be permitted to stay on the market under the new regulation. According to sources, the FDA would take all JUUL products off the market in June 2022.

How do seizures occur?

In essence, a seizure is a brain short circuit. There is a rapid increase in electrical activity in the brain for a variety of causes that are not all fully understood; the effects might range from a brief loss of consciousness to whole body convulsions. For many years, epilepsy, now known as the “falling illness,” was thought to be the cause of seizures.

Seizures may result from conditions other than epilepsy, such as hypoglycemia, alcohol withdrawal, low blood salt levels, and infections or lesions to the brain. There is also proof that excessive nicotine usage might result in seizures.

Dr. Scott Gottlieb, the FDA commissioner, mentioned seizures as a recently-reported adverse effect of nicotine overdose. In plants belonging to the deadly nightshade family, which also contains the tobacco plant, nicotine is an alkaloid. Cigarette smoking is one of the most addictive behaviors known to science, which explains why smokers have such a hard time quitting.

The issue with e-cigarettes is that they rapidly release an enormous amount of nicotine, increasing the risk of a user developing nicotine poisoning and having a seizure. Users of vape pens could find it simple to quickly inhale more nicotine than they realize. Combustible cigarettes can only be smoked so many times until they burn out, whereas vape pens may be used repeatedly and quickly without leaving any trace of how much nicotine has been consumed. Additionally, it could be more enjoyable to inhale nicotine from a vape pen as opposed to a cigarette because of the delicious tastes and smooth vapor of the pens. This comfort might result in a nicotine overdose.

According to complaints sent to the FDA, seizures following vaping might happen right away or up to 24 hours later.

Seizures brought on by nicotine might last for a few seconds or many minutes.

The e-cigarette business, in contrast, has made an effort to allay worries about seizures following vaping.

One source that holds this opinion is Vaping 360, a website that promotes vaping as a “cleaner alternative” to cigarette smoking.

Vaping 360 stated in January 2020 that the recent anxiety around vaping seizures is much exaggerated. According to the source, Scott Gottlieb, a former FDA commissioner, voiced worry about 35 seizure incidents that may have been linked to vaping over the course of the previous ten years.

The insider casts doubt on Gottlieb’s motivations for being concerned about the matter, claiming that he made remarks on his concerns while “likely awaiting confirmation that his post-FDA employment at pharmaceutical giant Pfizer was secured.”

Vaping 360 then went on to debunk a conclusion at the heart of many scientists’ current theories about why vaping could be linked to seizures after addressing the motivations behind government authorities’ worry over the practice.

Seizures have long been assumed to be related to nicotine poisoning. Some specialists are now concerned that seizures may be linked to the high nicotine content in vapes. They point out that while, on average, vapes can provide more nicotine than regular cigarettes, some of these devices are unregulated and may do so in a harmful way.

Vape 360, however, contests this assertion. It is improbable that a vase user could inhale enough nicotine rapidly enough to produce nicotine toxicity, claims Vape 360. According to Vape 360, government scientists are incorrectly extrapolating that vaping might cause seizures by confusing a “little nicotine rush” with a real nicotine overdose.

Instead, Vape 360 contends that the 35 alleged occurrences of vape-related seizures in ten years were really brought on by underlying medical issues in the user, not the vape they were consuming.

What were the e-cigarette firms aware of?

Current legal actions against JUUL Labs center around this issue.

A 15-year-old Florida girl who filed one of the lawsuits argues that she became addicted to vaping because she was not aware of the risks associated with nicotine addiction. When the defendant knew it to be inaccurate, she claims that JUUL “deceptively sold or cooperated [with tobacco firms] to offer JUUL products to plaintiffs as non-addictive nicotine delivery systems or less addictive nicotine products than cigarettes.”

Further allegations made by the lawsuit include that “JUUL has purposefully minimized, misrepresented, disguised, and failed to warn of the heightened risk of nicotine exposure and addiction.”

A number of additional class action lawsuits contend that JUUL products were directly responsible for the teenage vaping pandemic, which exposed countless adolescents to health risks.

Doug has spent more than 10 years in the stock, financial, and commodity markets and is a financial journalist for several publications. He also worked as a reporter on the Chicago and New York commodity futures trading floors. He has reported on every U.S. futures market at least once as a journalist.Doug covers business, finance, breaking news for Lawyers.buzz. He graduated from Iowa State University, Ames, Iowa where he studied economics and journalism. [email protected]

Why Starbucks Workers Fought to Unionize